A Great Way To See The City

There are many ways to see the City of Cape Town but not all of them are created equal. Some are definitely better than others and cycling around the city is definitely the best way to do it. We are talking about not just riding a bicycle alone but going on a guided tour with someone who truly knows the city. When you take such a tour you will see the city in a way that you could not normally take it all in. It will definitely be the highlight of your trip and you will be able to take many memorable pictures while you are on your tour.

Slow Down And Absorb Everything 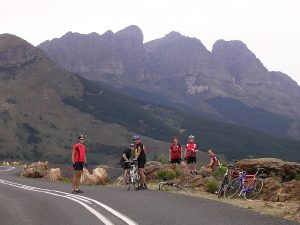 Some ways that people typically tour the city is by taking various buses, various tour vans and other vehicles that although they travel relatively slow to other Motor Vehicles; you can’t really take in everything. The ability to ride slow on a bicycle allows you to take in more things than you normally would be able to see. You’ll also get much better pictures as you ride around and have the ability to stop whenever you want to. You could argue that a walking tour would be the same but walking is very tiring and sometimes you just want to coast on a bicycle and let the bicycle do all the work for you. 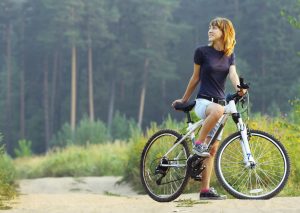 It’s also tackles two things that people love about taking a bicycle tour. People love getting fresh air and they love that they are getting very easy exercise. It is so easy to be lazy and to just eat really great food while on vacation but a bicycle tour is a great way to get out in the fresh air and get moving. It is exercising without exercising at all because you’re going to feel so comfortable doing it. It’s a great choice for anyone who wants to see the city in a different way, who wants to their blood flowing while taking in everything and absorbing all that the the city has to offer. 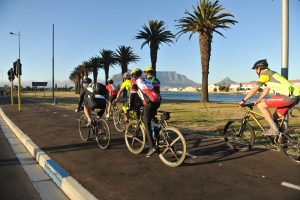 We have already established that cycling a is a great way to tour the city but let’s now talk about how Cape Town is the perfect City to ride a bicycle in. Cape Town is a city that is not really hilly and it has a ton of flat areas which make cycling around the town very easy. We have everyone from young children to elderly people on bicycles taking in the city that way. So you don’t have to worry about it being tough, tackling Hills or having to walk your bicycle more than riding it. It is a city that was perfectly made for riding the bicycle.

Don’t waste any more time and sign up for the next bicycle tour in Cape Town, you are sure to have a great time.